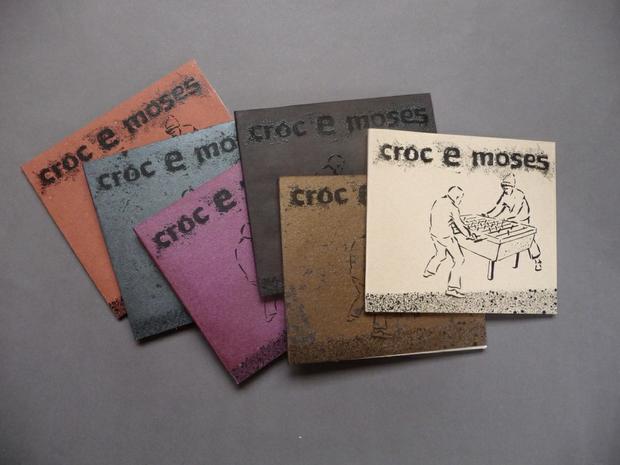 Of course there was collaboration!
Bigfull respect to these team mates:
Most of the music was written and produced in collaboration with Bruce Muzik

Recorded and engineered by Bruce Muzik at various locations of the Muzik Box Studio, Claremont, Caledon and Bokaap, Western Cape.
The foozball graphic is by Egon Nadia. Packaging and cd cover concept by croc-e. Design and layout was a collaboration with Cath Crooks at New Leaf Design.

Assembled by hand by friends

Much Foolzball was played to ease the joy of finishing this album. This project started in 1992 as an experiment in low birth quake to see how pomes might music. Crossroads gameroads at long last the experiment is over… i think.

The root of this album lies in the power of word and voice. When the poems were written, they were structured and intended as talking songs maybe even incantations. After performing them many times at open mic and slam poetry sessions they acquired a voice of their own. This voice seemed to express music. So we listened and this album is the result.

Most sounds on this album come straight form the corocadil’s mouth. The music was composed by sampling, looping and layering different sounds from croc-e to create soundscapes appropriate for each poem. It is these soundscapes that became the backbone of the tracks on this album.